Have you ever looked at a plastic tool covered in a shiny metallic coat and wondered how it’s made? Have you ever wondered how fake gold or silver jewelry looks very similar to the real deal? Well, the answer is not magic, it’s chemistry. The process through which the thinnest of metallic coating or layer is deposited on a conductive material is called electroplating. The fundamental theory behind electroplating is sending any kind of current, preferably DC, into an electrolyte solution that has two electrodes, which are good conductors of electricity, in a way that makes the metal ions from one electrode travel to the opposite electrode present in the solution and plate it with any metal that you’d like.

Pioneering the chemical industry with widespread use in every industry is the process of electroplating. A large quantity of metals and even non-metals like alloys and plastic (which we’ll explain later how) are electroplated for several applications. It has such prominence in today’s industries that companies like Custom Microwave have separate labs that treat materials with electroplating to make them better and more suited for today’s appliances and equipment. This happens because the material that gets plated gains the properties of the metal it’s covered with on the outside. This is why most of the iron tools in your kitchen are treated with zinc to prevent corrosion and that is why the rims, handles, and trims of your car shine so much – they are treated with chromium.

Electroplating may sound complicated at first, but that is what we are here for. In this article, we’ll explain what electroplating exactly means, how it works and what it is used for.

The working of the electroplating process

Electroplating involves a lot of things happening simultaneously. In electroplating, you need to ensure that the electric current travels through two electrodes, which are good conductors of electricity. These electrodes should be submerged in a solution that is aptly called electrolyte solution. The current is passed from any source of DC power supply through our electrodes submerged in our electrolyte solution. Your electrodes act as terminals for the circuit. When an electric current is passed through this circuit, metallic atoms from one of the electrodes (which contains the covering of the metal you need) along with our electrolyte solution get transferred to the opposite electrode forming a thin layer of metal, thus concluding the process of electroplating. Several metals and materials have the ability to be used as plating through this method as per your need.

Electroplating process explained with an example

Before we even start with the actual electroplating process, however, we must decide what metals we need to coat on which metal or non-metal and fully understand the chemical reactions that will occur. Let’s assume, for instance, that you want to manufacture automobile parts. For that, you want to have a chrome coating on your iron parts. The metal you need coated is Cr, also known as chromium, and thus you need to ensure that one of the electrodes already has chromium plating and so does your electrolyte solution since metallic ions are transferred from within the electrolyte solution as well. Furthermore, you need to ensure that your iron electrode, which you need coated with a covering of pure chromium, is clean of any debris and dirt. You clean the iron electrode by sinking it in strong acid. Doing this will ensure that all metal ions stick properly to your electrode and create a proper, even coating.

After that’s finished, we come down to the final show. We’ll require a steady source of current, the electrode with chromium, the electrode consisting of iron, along with the electrolyte solution consisting of 25% chromium trioxide and 0.25% sulfuric acid. What we do now is take both our electrodes and slowly submerge them within the solution and run an electric current through them. We connect them in such a way that the chromium electrode is turned electrically positive (also called anode) and the iron electrode is turned electrically negative (also called cathode). When you run an electric current by them, the positive chromium ions from the anode move in the direction of the negative cathode. At the same time, chromium ions from the solution move towards the chromium anode which releases more metal ions that are attracted by the negative iron cathode which is now covered by a thin layer of chromium. Tada! Now you have chromium-covered equipment that is lustrous and is also permanently rid of corrosion which is ready to be used in any vehicle you’d like.

Can plastic be electroplated too?

As said earlier electroplating requires the materials to be good conductors of electricity. As we all know, plastic isn’t one. How, then, do we use electroplating on plastic materials? It’s simple, if something can’t conduct electricity, then we coat it with something that does. In the case of plastic, you will first clean it thoroughly to remove any dirt. Then we dip it into an acid which stays on and then dip into a catalyst that ensures a metal coat will stick to the surface. It’s then dipped into a hot bath of copper or nickel to give it a very thin coating of either of the metal. Then it can be used for electroplating exactly like metal.

Electroplating is a vital process that is needed in various industries across the market. It’s a very straightforward process that can get confusing if not articulated properly. We hope this guide helped you in understanding what is electroplating and how it works. If this article helped you out, please do consider following our website for regular updates as it will help us out immensely.

6 Benefits of Using Rubber for Sealing and Insulation 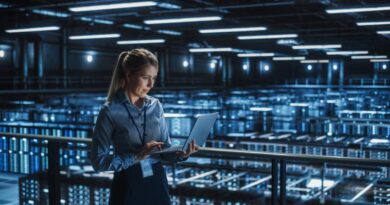 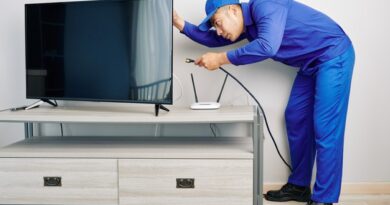 6 Technologies That Are Improving the Cable TV industry