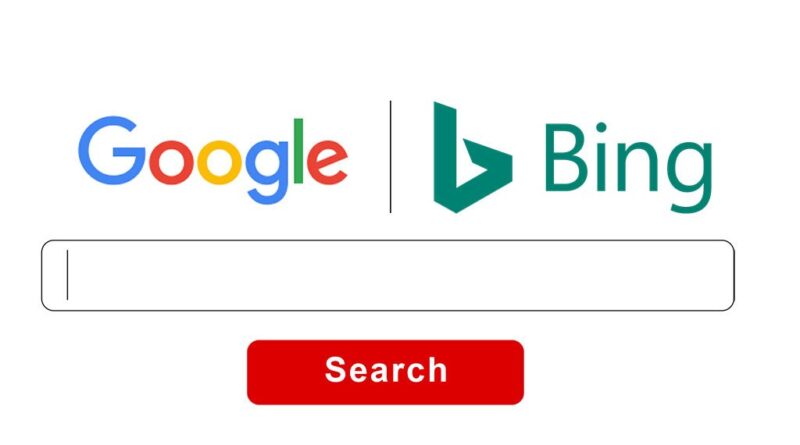 Serving millions of people every day, Google and Bing are considered the world’s most widespread and most sizeable web search engines. It’s worth noting that every typical user wonders what the difference is between the two and why they should abandon Google and exploit Bing instead when it’s clear that the majority of people use the former.

We immediately go on to the market share data for search engines. Google has a share of, let’s round-up, 82% and Bing of only 8%. The large disparity in market share clearly demonstrates that Google still has a lot more knowledge and years of work behind it when it comes to optimizing its search engine, but Bing’s numbers aren’t negligible because the value of 8% means millions of users. When it comes to the United States, Microsoft software accounts for about a third of all Internet queries, thus Bing optimization is unavoidable. Thus, the existence of Bing as a competitor to Google shouldn’t be ignored.

Features of Both Search Engines

A table illustrating the features of both search engines may be found below in terms of search functionality:

In terms of listed features, it’s clear that Google has a huge upper hand.

How Do Google and Bing Differ in Their Search and Indexing Tools?

It’s tough to ‘decipher’ such a complicated distinction between the two search engines, but the announcements of Google and Microsoft provide some insight.

Google claims to have a database of hundreds of billions of websites, totaling more than 100 million gigabytes, for its search and indexing capabilities. This doesn’t mean Google has a complete picture of the World Wide Web, but it does say a lot about the value of structured data and why Google considers it to be one of the most important criteria for improved positioning.

Microsoft hasn’t made any similar claims regarding Bing, although it’s likely not far behind Google in terms of the breadth of its search results, given that it receives over a billion visits each month and nearly 12 billion searches.

How Do Their Algorithms Differ Then?

Google’s algorithm currently takes into account keywords, content quality, and link profile’s neatness and adequacy. Bing’s algorithm, as seen, is quite different in approach. Its selection is more based on the search area, i.e. has a local element that dominates. With this technique, it’s evident that Bing doesn’t use content structuring as a guiding criterion, resulting in a bit more spam in search results. Disparities in how the algorithm is used result in differences in web rankings. Some of the pages that are among the top five positions on Google may not even be in the top 100 by Bing.

Do you wish to look for something in your immediate vicinity, such as a hotel or restaurant? Due to the modification of the search according to the parameters of the user’s local content, Bing will undoubtedly be a superior choice. Bing’s interconnection with Facebook, which provides even better search results, is also a significant benefit.

Do you wish to find some useful, interesting, and high-quality content? In that case, Google is a better choice. Websites must have a clear and quality structure in order to compete successfully in Google results, and in these conditions, each user will receive far less spam and terrible web content. This doesn’t mean that Bing doesn’t take these factors into account, but that they aren’t the dominant criteria for it in the rankings. In a nutshell, there’s a mismatch between social components’ integrated nature and structured content.

There Are Still Disparities in User Interfaces and Tools

Google features a user-friendly interface that is clean and uncomplicated. Bing is similar, albeit with a stronger emphasis on the visual side. Both search engines offer a wealth of information about searches as well as stacked keyword search options.

In terms of UI and tools, Bing may have a little advantage over Google Search Console’s (Google’s search performance tracking service) ability to import data and the availability of SEO reports with specific recommendations for best practices to boost ranks. The capabilities indicated in the table above, which are not available on Bing, are unquestionably Google’s benefits. Only to add that using some of Google’s tools is a little more difficult than using Bing and can be difficult for average people.

What Are the Differences Between the Two Search Engines in Search Segments?

The algorithms of the two search engines have already been discussed in previous paragraphs.

It’s important for users to say that it will be much easier to find something specific that they are looking for on Google because the quality of links is the basis of the algorithm, using data from the history of the user’s previous web searches and locations.

Bing values content as well, but it places a premium on incorporating social signals and local components, which frequently rely on Facebook and Twitter, making these networks one of the criteria for high ranking.

SEO specialists will find a table below that shows how Google and Bing rank different content very interesting:

When it comes to images, Bing certainly has an advantage. The ability to filter photos by title, size, color, type, and much more meaningful information about the photo itself at Bing simply works better and gives the impression of much more detailed search results. Google’s only advantage in the images segment is that its collections are much larger than Bing’s.

When it comes to video searches, Bing has a little advantage. With a large overview of thumbnails, search results are a little more complicated. Google’s video search is more standard with smaller thumbnails. Another pro of Bing is the ability to watch videos without leaving the web search engine, and certain unique features, such as simultaneously displaying reviews and ratings while scrolling through movie search results, are accessible.

Gmail, Google Maps, Chrome OS, Android OS, YouTube, and a slew of other services have evolved into something more than just a web search engine for Google. Other Microsoft products, such as Office, Outlook, and OneDrive, are compatible with Bing.

It also needs to be stressed that these two have different policies when it comes to advertising content that’s considered sensitive. For example – gambling. If you want to advertise, say, a casino affiliate website to those from TopCasinoExpert.com, you’ll find out that Google Ads offers a distinct gambling application form for operators (online casinos) and affiliate gambling websites, that nonetheless advertise gambling content but don’t offer gambling services. The gambling content policy for Bing Ads is ambiguous.

They say you have to apply to be a part of the Gambling and Contests Advertising Program but have to upload a license first. However, because you’re in this case an aggregator gambling website (providing reviews of various online casinos) and not an operator, you’re unable to provide a gambling license. The point is that Bing will ask you to “Request an Exception” in which you may submit the reason for advertising, but prepare to most likely get rejected after a 24-hour resolution time. 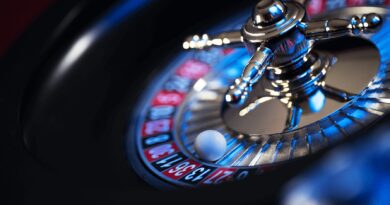 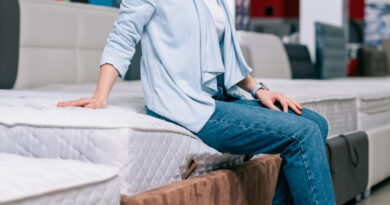 3 Tips For Choosing Between Foam And Spring Mattresses 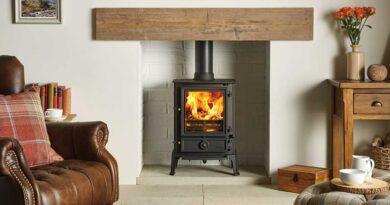 How Safe are Wood-Burning Stoves for Your Health?