The superstar has acted in 64 films so far and won many awards, such as the three Tamil Nadu State Film Awards and SIIMA Award.

Vijay has been a part of the Forbes India Celebrity 100 list seven times.

His father, S. A. Chandrasekhar, is a Tamil film director, while his mother, Shoba, worked as a playback singer.

He used to have a sister, Vidhya, who died when she was only two years old. Her death affected him a lot- from a very talkative, naughty, and hyperactive child, Vijay became silent.

He named his production house V.V Productions, which stands for Vidhya-Vijay, to honor her memory. This shows how much love he holds for her.

In addition, Vidhya’s story is depicted in the 2005 film Sukran.

When it comes to his education, Vijay initially attended Fathima Matriculation Higher Secondary School at Kodambakkam, but he later switched to Balalok Matriculation Higher Secondary School at Virugambakkam. After that, he went on to pursue a degree in Visual Communications from Loyola College. However, he dropped out because he was more interested in acting.

He began his career as a child actor in the film Vetriwhich, which was released in 1984.

His first lead role as an adult was in the year 1992 when he starred in Naalaiya Theerpu. He was 18 years old during that time.

His first success was in the film Rasigan in 1994, while Poove Unakkaga made him popular. Everyone was impressed by his performance.

They are all blockbusters and are among the highest-earning films of Tamil Cinema.

His upcoming work is Master alongside Vijay Sethupathi, and it is scheduled to release on 22 April 2023.

Vijay’s estimated net worth is around $56 million, which translates to approximately. Rs. 375 Crores. His annual income is estimated to be around Rs. 45 Crores, while his income depends on the fees receivable from movies, brand endorsements, etc.

Vijay married a fan, Sangeetha Sornalingam, whom he met in the United Kingdom in 1999. The couple has two children, a son Jason Sanjay born in 2000, and a daughter Divya Shasha born in 2005. His children will most likely pursue acting as well since they have already had some small roles. 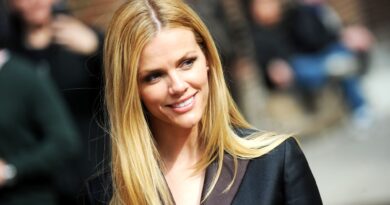