If you’ve ever heard of ORMUS (short for “Orbitally Rearranged Monatomic Elements”), then you know that it is a substance with some rather extraordinary properties. For example, it has long been associated with spiritual awakening, enhanced intuition, creativity, physical healing, and rejuvenation. But what is monatomic gold really, and what makes it so special? This article details five things you should know about this mysterious substance and some more you should know.

Claims of miraculous health benefits and age-defying powers from ingesting this element have been around for centuries. Ancient Egyptians believed that imbibing this mysterious substance could bring them eternal life and the secret to youth! While there is still no scientific proof of these wild claims, some research has suggested that monatomic gold can be beneficial in aiding certain medical conditions, such as inflammation and depression. Though the evidence is scant and not approved by mainstream medical science, it’s fascinating to consider that a substance ingested thousands of years ago may still have potential health benefits today.

It’s amazing how far we’ve come in understanding its properties – using modern technology to uncover ancient secrets! Who knows what else monatomic gold might be capable of in the future? A true miracle substance, or nothing more than a myth? Only time will tell!  Meanwhile, we can keep discovering more about this remarkable element and its potential benefits.

#1: It is Not Actually Gold

Though it is commonly referred to as “monatomic gold”, the substance in question is not actually gold. It is, instead, an element related to platinum group metals such as ruthenium and iridium. These precious metals are rare and have very different properties than regular gold. While ordinary gold is a solid metal, monatomic gold exists in an energy state known as the “mono-atomic” or “orbital rearrangement” form. This gives it unique properties.

#2: It Was Known In Ancient Times

Though monatomic gold has only recently become popular among new-age advocates, its origins date back thousands of years. In ancient Egypt, it was used in a number of rituals and was even said to be an ingredient in the recipe for the “elixir of life”. It has also been found in texts from India and other parts of Asia.

#3: It Has Unique Properties

The unique properties come from its ability to move freely through cell membranes without being digested or absorbed by the body. This allows it to enter the bloodstream and cells more easily than ordinary minerals, which can make it beneficial for various health conditions such as arthritis and chronic fatigue syndrome. Other purported benefits include increased energy levels, improved mental clarity, enhanced creativity, better sleep, and even spiritual awakening.

Due to a lack of scientific research, the FDA has not approved monatomic gold as an effective treatment for any medical condition. Though many people have reported positive effects from taking it, there is no proof that it works or is safe. Like any supplement, it may have side effects and should be taken cautiously.

#5: It Can Be Purchased Online

It is vital to note that monatomic gold can be purchased online in a variety of forms. While some companies offer monatomic gold as a whole herb or supplement, many others offer it in a powdered form, as well. For those looking to get the most out of their monatomic gold, it is best to purchase from a reputable source and ensure that it has been laboratory tested and is of high quality. Additionally, most monatomic products should come with instructions on how to take it, as well as any potential side effects it may have.

#6: It is Different From Colloidal Gold

Monatomic gold should not be confused with colloidal gold, a suspension of microscopic gold particles in a liquid. The two substances have very different effects and use. For example, it has been used for its purported health benefits, whereas colloidal gold is often taken as an immune system booster or to treat certain skin conditions. As with monatomic gold, however, there is no scientific proof that the colloidal version has any health benefits.

#7: It Can Have Side Effects

As with any supplement, monatomic gold can have side effects. While most of the side effects from consumption are positive, there can be some negative effects depending on the body type. Before intake, it is important to be aware of possible side effects, as some may cause discomfort or harm. Some people experience a tingling sensation in their body during intake, while others may experience more severe physical reactions such as headaches, nausea, and dizziness. In rare cases, this has been known to cause anxiety, depression, and even insomnia. It is important to contact the nearest physician if the person faces any such symptoms.

#8: It Should Not Be Taken In High Doses

It should not be taken in high doses as it can have serious health implications. It is also important to remember that the FDA has not evaluated this supplement, and there is no scientific proof of its effectiveness or safety.

#9: It Should Be Taken With Food

It should always be taken with food as it can irritate the stomach if taken on an empty stomach. It is also important to stay hydrated while taking this supplement as it can cause dehydration if not enough water is consumed.

#10: It Should Be Used With Caution

Though it has been used for centuries, no scientific evidence supports its health benefits. As such, it should be used with caution. Individuals may choose to take monatomic gold as a supplement. Still, they should do so in consultation with a healthcare professional to ensure that it is an appropriate and safe choice for them. It should never be used as medical advice or a treatment substitute. Additionally, it is important to be aware of potential side effects associated with its use.

In conclusion, monatomic gold is an interesting and potentially beneficial substance with a mysterious past. Though its effects have yet to be proven by scientific studies, many people have reported positive results from using it. While it is not a miracle cure, and it is important to remember that it is still a supplement, this element may provide some health benefits. Ultimately, whether or not to use this mysterious substance lies with the individual. Therefore, it is important to do ample research before deciding whether or not to try this element. 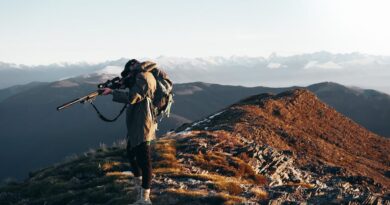 What Is The Best Shotgun Shell For Hunting? 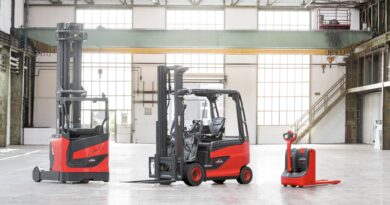 Choosing The Right Forklift Dealer- Here’s What To Look For 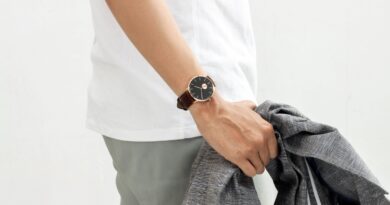