As a highly developed country, Canada is one of the more hospitable, if not the most hospitable country in the world for immigrants to live in. Canada offers among other things a diverse labor market, national health insurance, and a tolerant living environment. The perks of having Canadian citizenship are numerous. Some include the eligibility to apply for government jobs, vote, have a Canadian passport, and not having to worry about renewing your immigration documentation.

For example, the Canadian passport is considered to be the ninth strongest in the world. Becoming Canadian citizenship is considered to be hard. In order to apply for citizenship you must be a permanent resident in Canada, having lived 3 of the past 5 years in Canada, having your taxes paid, prove your knowledge of the English or French language, and last but not the least pass a citizenship test conducted by the IRCC (Immigration, Refugees and Citizenship Canada).

1. What is the test consisted of?

Passing your Canadian Citizenship Test is the last step before becoming a Canadian citizen. If you are an adult between the age of 18 and 54 taking the test is mandatory. The test is a written multiple-choice test, consisting of 20 questions covering many topics such as geography history, identity and values, political system and law, national symbols, and the rights and responsibilities of citizenship. In some cases, the test is made orally, and it depends on the situation and the official’s decision. In order for you to pass the test, you need to answer correctly at least 15 of the 20 given questions and within the allowed time of 30 minutes. You are given 4 possible answers for each question unless it’s a question that needs to be answered with true/false. Adults over the age of 55 don’t take the test, as they directly proceed to an interview with a citizenship official.

2. Preparing for your Canadian Citizenship test

After applying for the Canadian Citizenship Test you might be invited to take the test after receiving the acknowledgment of receipt letter. Applicants are notified of the time, date, and location about a week or two before the test. Having such a tight schedule requires that you start with your studies before even applying for the test. As mentioned above, the test consists of many topics that require studious learning. The IRCC has put out an official free study guide, Discover Canada: The Rights and Responsibilities of Citizenship, which includes the whole curriculum.

3. There is no need to pay for preparation courses

Websites such as https://www.canadiancitizenshiptests.ca/free-practice-questions offer hundreds of free practice test questions that touch on all aspects of the Canadian citizenship study guide to help you study.

They are based on the information included in the official citizenship study guide and they guaranty to get you ready to pass your Canadian citizenship test on your first attempt. They are available online across all platforms and devices for free.

Due to the Covid- 19 pandemic, all in-person citizenship tests are canceled until further notice. At the moment applicants are taking the test online. Applicants that are unable to take the test online and want to attend in-person testing should wait until in-person testing resumes. When attending in-person testing be sure to be punctual. Always be sure to arrive at least 15 minutes before the test to make sure you are at the right location. Meticulously plan the day ahead, as delays are not tolerated and you will be unable to take the test if you are late. It is recommended to arrive at the testing location alone as you will not be permitted to enter the testing room accompanied by anyone.

You should bring all the necessary documents including the notice to appear and any other documents that are required from you previously noted in the notice. What happens after you take the test? After taking the test, all applicants have an interview with a citizenship official from the IRCC. Having in mind the Covid- 19 pandemic, all in-person interviews are canceled. Until further notice, all applicants will be contacted appropriately about their interview. At the beginning of the interview, the official will relay your test result to you. If you have passed the test the official will further check your language skill whether in English or French. After making sure that you meet all the requirements the official will verify your application and original documents and give you a ceremony date.

Failing the test doesn’t mean that your dreams for Canadian citizenship are over. All applicants are allowed to take the test 3 times only if they meet all the other requirements. If you fail the test the first time, you will be rescheduled to take the written test a second time. If you fail the test for the second time, you are rescheduled to attend a hearing with an official. Failing all three test results in an application refusal.

Becoming Canadian citizenship is considered to be hard, especially when talking about passing the Canadian Citizenship Test. The test is most commonly carried out in a written form, however, in some cases, it is possible to be handled orally. Studying and preparing for the test might be a hard milestone to overcome for some. In that case, you should use all the help you can get. If you don’t want to spend any extra money you should visit sites that offer hundreds of free practice test questions that touch on all aspects of the Canadian citizenship study guide to help you study like the one mentioned above in this article. As you are not allowed to bring any food or drink when taking the test in person, be sure to be well-fed and hydrated. Good luck! 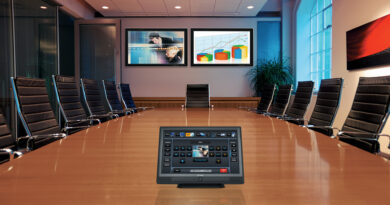 6 Things Audio Visual Control Systems Can Do For Your Business 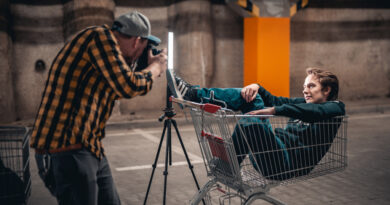 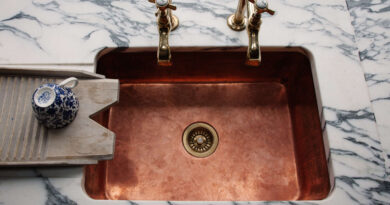 Copper Vs. Brass Sinks: Which One is Right For You