Fear and Loathing in Las Vegas Quotes from the movie is definitely worth reading if you loved the movie. Fear & Loathing In Las Vegas was released in 1998 and is on an autobiography book by Hunter. S. Thompson.

The movie has many funny moments and dialogues like the cherry on the cake.

Here’s all the quotes from the movie fear and loathing in Las Vegas.

Indeed! The movie is a masterpiece and so are the quotes.

Below quotes are the best fear and loathing in Las Vegas that you will recall from your memory.

We can’t stop here….this is a batttt country !

Hottt damn! I never rode in a convertible beforeee !

Ignore!! This terrible drug and pretend…it’s not happening!

Why?? The bear always gone??

We have witnessed that many great movies are inspired by a book and so is this one.

Let’s see some of the quotes from Fear and Loathing in Las Vegas Book Quotes.

I would not sleep with ya… wandering around…with a head full of acid and wanting to slice me upp!

Quotes From Fear And Loathing In Las Vegas

I got you more quotes from fear and loathing in Las Vegas. Which one’s your favorite?

Is this not a reasonable place to park???

No more of that talk or I will put the leeeeches on you!

If you are one of those who hasn’t seen this movie yet. I’ll say go and watch…it’s worth watching. It has 7.6/10 on IMDB

Here’s the best quotes moments from the Fear and Loathing in Las Vegas Movie:

Did fear and loathing actually happen?

Yes, it’s based on the autobiography by Hunter. S. Thompson.

What does fear and loathing mean?

It means the anger and distrust generated by Politicians that cause threat to the people.

Read more such quotes and captions on Mantavya by going to the quotes or caption page. Or just have a look at the Blog of Mantavya. 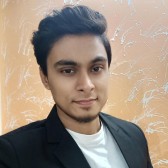 More from this Author

Somesh Kumar is a blogger from New Delhi. He is very passionate about learning and exploring new things. In his free time, he can be found reading self-help books, collecting quotes and playing chess.